5+ Mixed Use For Sale in Union City, NJ

Newly constructed on existing foundation. Great location in Union City in very walkable and vibrant business district. Eazy transportation to NYC. Floors 3 to 6 contain 24 residential units, mix of studios, one bedrooms, and two bedrooms. Second floor has plans approved for 3 additional residential units. First floor is in raw condition and waiting for commercial tenant. Building is in pristine condition and easy to maintain. 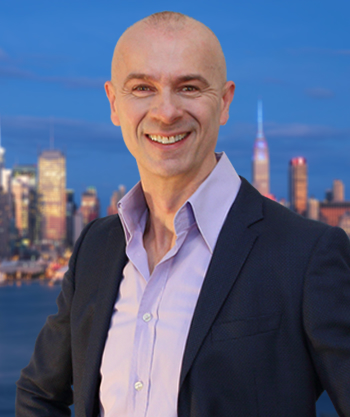 The Union City is situated atop the ridge of the lower Hudson Palisades. Due to a high elevation, the city offers clear views of surrounding municipalities like New Jersey Meadowlands and New York City Skyline. It shares its borders with other parts of Hudson County, such as Jersey City, Hoboken, Weehawken, North Bergen and West New York.

The formation of Union City as a city happened in 1925 by an act of the New Jersey Legislature. Union City was established by merging Union Hill and West Hoboken Township. The city’s name got derived from the names of these two municipalities. In its early stages, Union City was inhabited by German and Spanish speaking people.
Union City is divided into two parts by New Jersey Route 495, which resulted in the renaming of many street names in the city. Most of the homes for sale in this part of Hudson County are located on streets like 32nd Street, Hackensack Plank Road and Bergen Turnpike, which form Union City’s urban grid.

Two Buildings / One Lot. 25 X125 Lot. With Courtyard In Between Both Buildings. 2 Apartments Located...

This listing is courtesy of Star Real Estate Agency LLC

Excellent Mixed-Use Building With Parking In The Heart Of Union City! Prime Location On A Corner Lo...

This listing is courtesy of RE/MAX Lifestyles

5 Unit Property Centrally Located Right Off Bergenline And Near The Lightrail In Union City! 2 Detac...

This listing is courtesy of Keller Williams City Views Realty

The data relating to the real estate for sale on this web site comes in part from the Internet Data Exchange Program of the NJMLS. Real estate listings held by brokerage firms other than Madison Adams are marked with the Internet Data Exchange logo and information about them includes the name of the listing brokers. Some properties listed with the participating brokers do not appear on this website at the request of the seller. Listings of brokers that do not participate in Internet Data Exchange do not appear on this website.
NJMLS is the owner of the copyrights of the listing content displayed for IDX. The NJMLS Internet Data Exchange Logo is a service mark owned by the NJMLS, Inc. All information deemed reliable but not guaranteed. Last date updated: 05/27/2022 00:05 AM Source: New Jersey Multiple Listing Service, Inc. “©2022 New Jersey Multiple Listing Service, Inc. All rights reserved.”

General Tax Rate is used to determine the amount of real estate tax levied upon a particular property. This rate is used to compute the tax bill.

Effective Tax Rate is used to compare of one district to another district based on the assumption that all districts are at 100% valuation. This rate has been computed by the State of New Jersey Department of the Treasury using County Equalization Average Ratios. This rate is NOT to be used to compute the tax bill.